Sara (沙羅, Sara) is one of the main protagonists in the anime and manga Mermaid Melody.

Seven years ago, Sara fell in love with Tarou Mitsuki. He made her very happy, but one day he left Sara without even saying goodbye. Coco tried to comfort Sara to overcome with her feelings, but Sara destroyed her kingdom and killed Kaito's parents. When her orange heart fades into an icy black, her hair does the same. Filled with pain and grief, Sara joins Gaito's team and falls in love with him. In the end of the first series she dies along with Gaito. In the anime, she sometimes reappears as a spirit to talk to Lucia Nanami.

Sara has already died along with Gaito, but still appears as a spirit informing Lucia of the future Orange Pearl Mermaid Princess that will soon be born in the Indian Ocean and offering her assistance wherever she can.

Sara has a cold personality when she switched to the side of evil, but actually has a kind heart. In the second season, she gives advice to Lucia when she needs help to defeat evil. Sara wasn't cold or evil at first, as shown when she met Tarou Mitsuki. In the end of season 1, her cold feelings melt and her hair color returns to orange after seeing Hanon protect Tarou and understanding the reasons why Tarou initially left her without saying goodbye.

Sara's eyes remain orange in all of her forms. She is seen wearing a seashell pendant that contains her orange pearl. However, when Sara's heart was broken, her pearl turned black. During this time in the manga, Sara could transform into Black Pearl Voice.

In her human form, she wears the same dress as in her evil version human form, but her hair color is orange. She wears her shell pendent containing her orange pearl like the other mermaid princesses. Before her heart returns to the good side, her hair and pearl were an ebony black color of her evil feelings of betrayal.

Her ordinary mermaid forms follow the trend of all the other mermaid princesses, with two pearl bracelets around her right wrist and tail. She has long orange hair and orange eyes.

Lastly, there is her true idol form, her Orange Pearl Voice. Her costume is an orange long dress, with yellow ruffles on the side and a yellow bow on the back and a slit on the right side that stops between the knees and mid thigh. Her gloves are doubled layered the first layer is orange the second layer is a lighter shade and shoes are orange with yellow trim on the front and have a small heel, they somehow resemble slippers. Her front hair is bundled with yellow bands. Her dress and Rina's dress are very similar. In the anime, she has the least number of transformations among all the mermaid princesses.

In her black mermaid form, her appearance is still the same as her mermaid form, but her hair and tail are covered by black color that represent her hatred to Taro's betrayal. In her evil human form, she wears a white dress and covers her hair with a white cloth. She had done that to herself when she destroyed her own country after hearing of Taro's betrayal.

Among the Mermaid Princesses, Sara is known to be the most powerful due to the combined power of her hatred and status as a Mermaid Princess. Thus she is apparently to be the oldest of the mermaid princesses. Sara also has the power of telekinesis, as it is seen in episode 47 when her body glowed orange and her feelings of hated towards Tarou Mitsuki was so strong that it shattered the windows near to her.

In her idol form, like Lucia and the others, Sara can use her singing voice to get rid of enemies. However, she can also use it to attack the other princesses by singing in front of them. She can also use her voice without being a mermaid or being in her idol form. In the anime, she can also conjure up a powerful beam of frequency coming from her singing voice to stop a powerful tsunami which no other mermaid princess could do. She is also much more powerful than all the other mermaid princesses having shown to be immune to their singing and to have caused them all severe pain when she was singing.

In the anime and manga, Sara shouts "Orange Pearl Voice!" to transform into her idol form. In the manga while she is still evil, she can transform into Black Pearl Voice, while in that form, her hair, clothes and microphone are completely black in color. 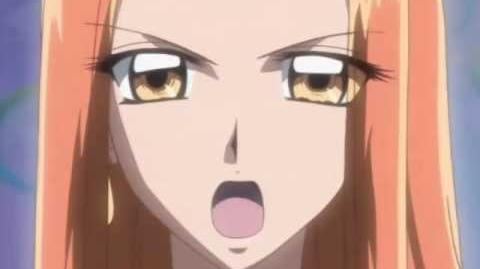 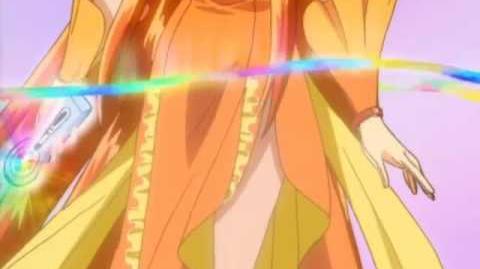 Retrieved from "https://mermaidmelody.fandom.com/wiki/Sara?oldid=29876"
Community content is available under CC-BY-SA unless otherwise noted.